Dr Silbergaus hosts a Christmas Eve party for his daughter Clara.  The guest of honour is Clara’s Godfather Drosselmeyer, arriving with gifts for the young girl, including a book entitled The Nutcracker & the Mouse King.  Clara becomes enthralled with the book as other guests arrive and admire the Christmas tree. Drosselmeyer appears as Santa Clause, with toys for the children and carnival masks for the adults.  Later, he surprises everyone by appearing as a magician.   He orders mechanical toys to be brought into the room.  At the wave of his wand, three puppets appear – a Nutcracker, a Doll, and a Mouse King.

The Nutcracker starts dancing declaring he can gain victory over everyone.  Everybody joins in the dancing, except Clara who watches the Mouse King come to life and challenge the Nutcracker for the right to dance with the Doll. The Nutcracker and Mouse King are soon fighting, and Clara realises this is just what she read in her book.  The Doll throws a slipper at the fighting pair, who stop just as Drosselmeyer re-appears.  The guests congratulate him on a wonderful show.   Clara’s brother Fritz challenges the Nutcracker to a duel.   In the ensuing fight, the Nutcracker is wounded. Fritz is punished, and the toys are covered up.   Clara is comforted by her Godfather, who tells her that she will see more later that night.

The guests depart, thanking the host Dr. Silbergaus.  Clara sits in her darkened room with the damaged Nutcracker.  She wonders what her Godfather had meant ….what surprises will be in store for her.   Soon she is awakened by a strange rattling noise. “Mice,” thinks Clara. But these are not ordinary mice they are dressed to celebrate Christmas.  She tries to escape when the clock strikes midnight, the mice are still and Clara sees her Godfather sitting on top of the clock. When she begs him for help Drosselmeyer takes her in his arms.

As the Christmas tree begins to grow, the Nutcracker comes back to life. He leaps to his feet and calls upon his friends to help fight the mice.  An army of toy soldiers appear.  At the height of the battle, Clara hurls her slipper it at the Mouse King who is knocked down.   Clara faints.   As darkness returns, Drosselmeyer covers Clara and the Nutcracker with a shawl. Minutes later, Clara reawakens to find she has become a beautiful Princess and as her Godfather lifts the shawl, she sees the Nutcracker has turned into a handsome Prince.  She is overcome with joy and hugs her Godfather as the Prince beckons her to follow him.

As Clara sleeps, Drosselmeyer appears and transforms the room into a pine forest.  It starts to snow and Clara awakens and stares in amazement at the magical sight. 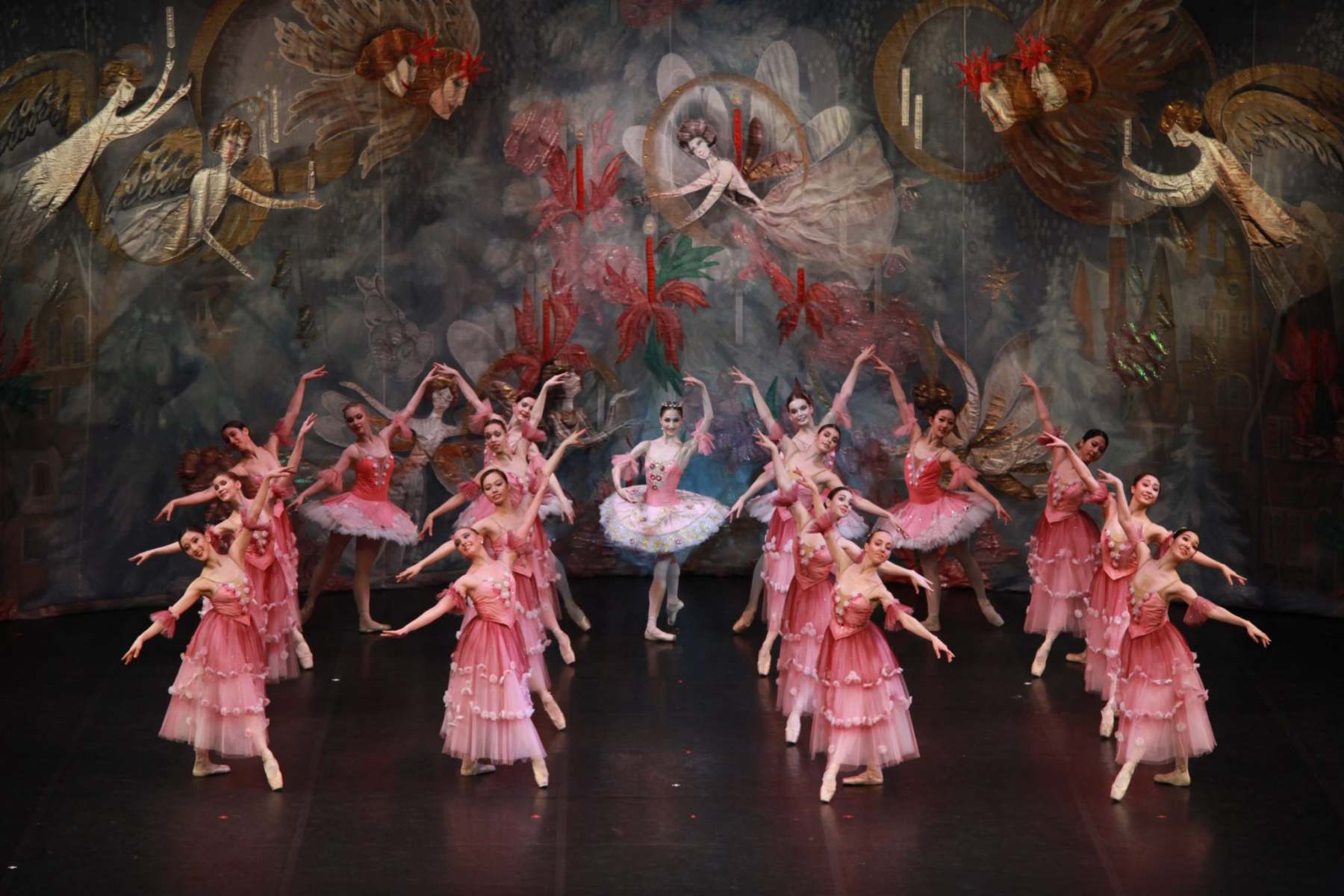 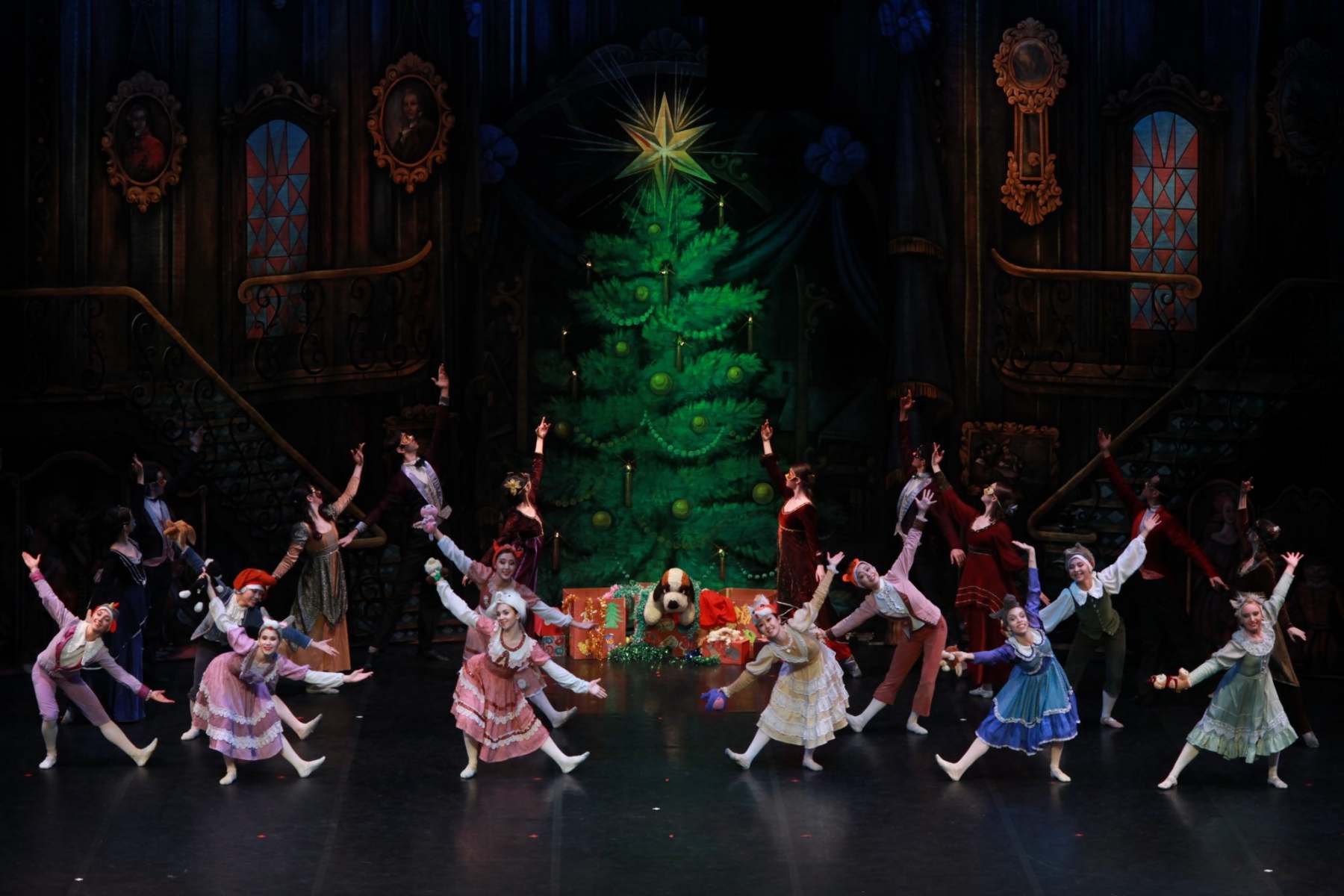 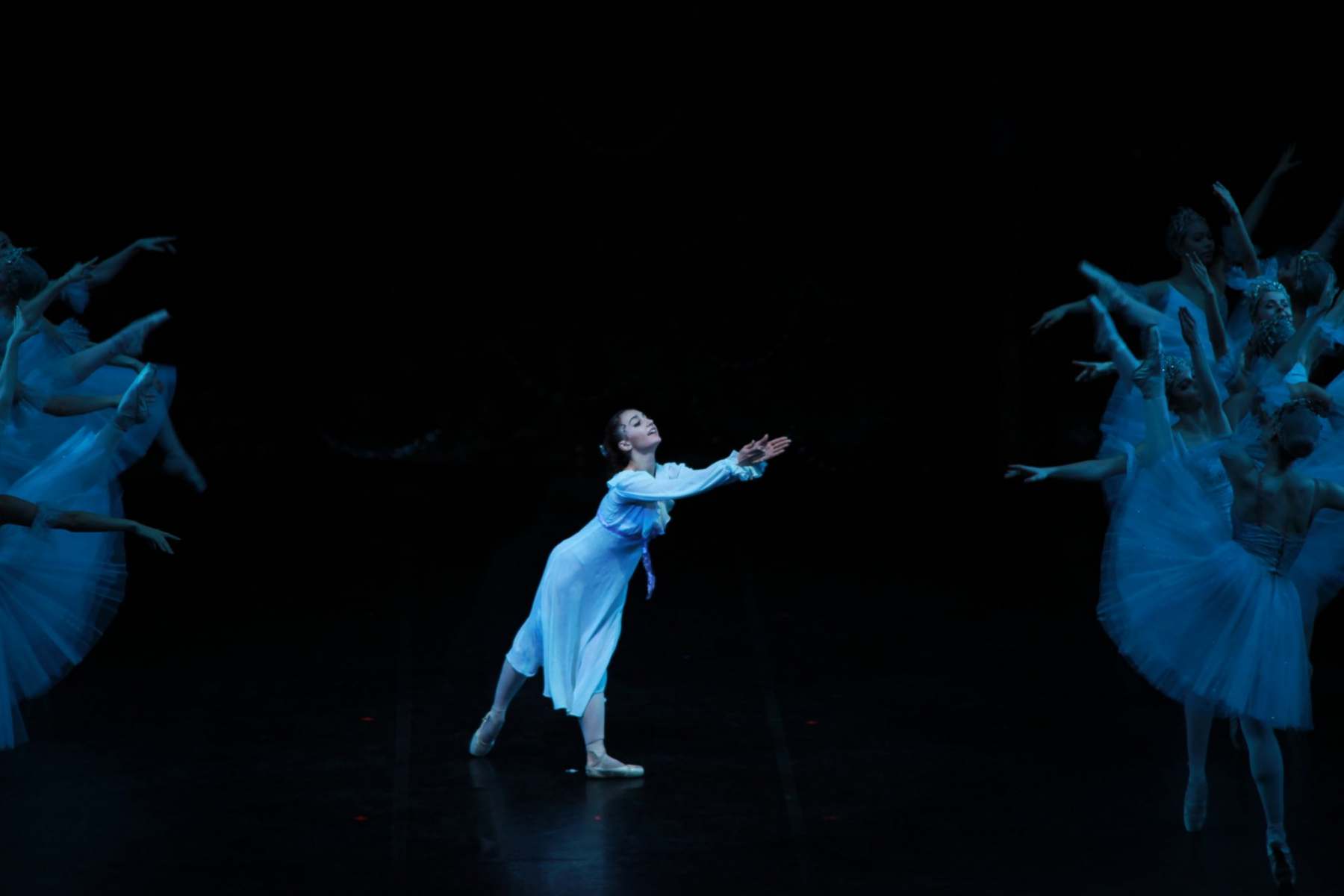 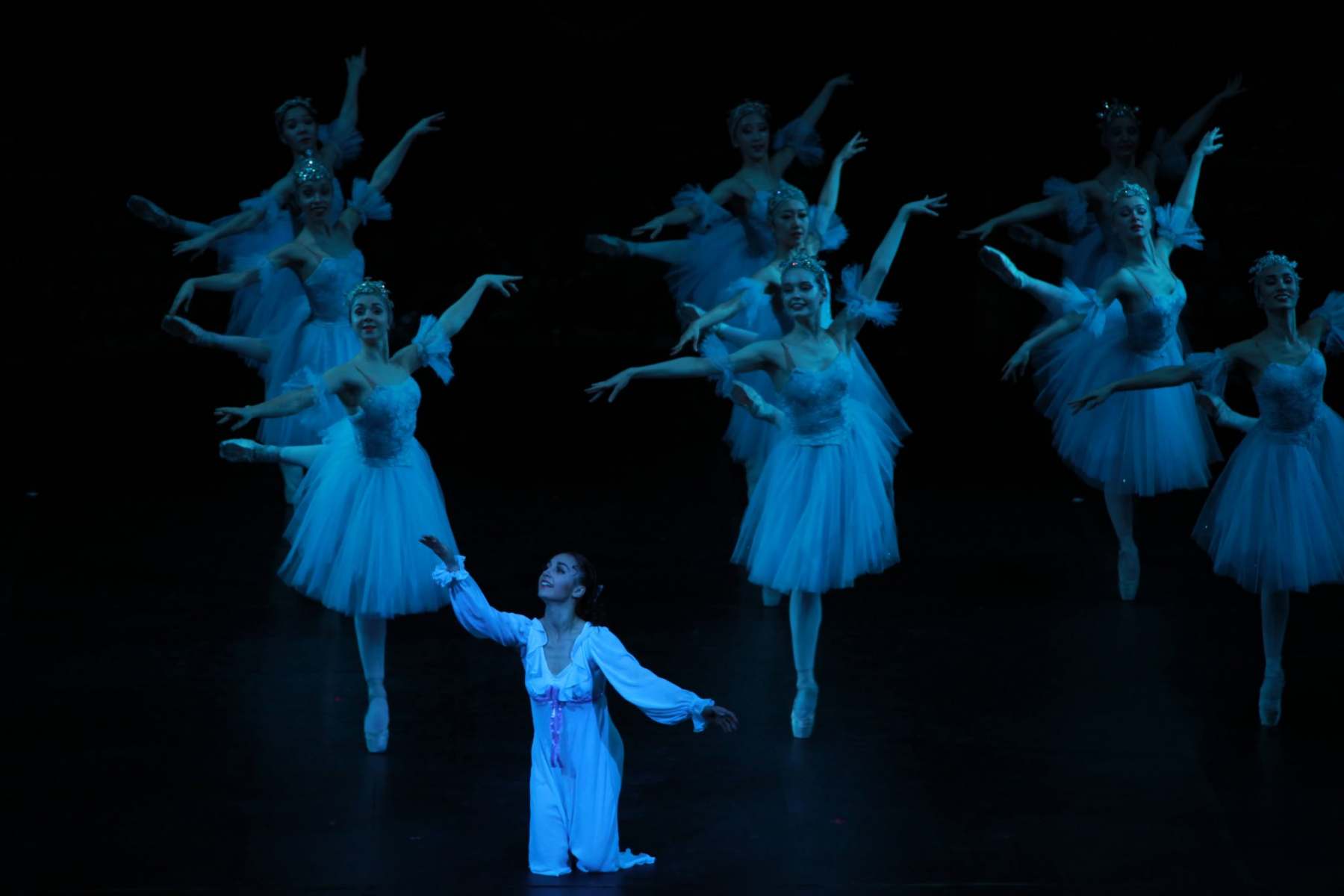 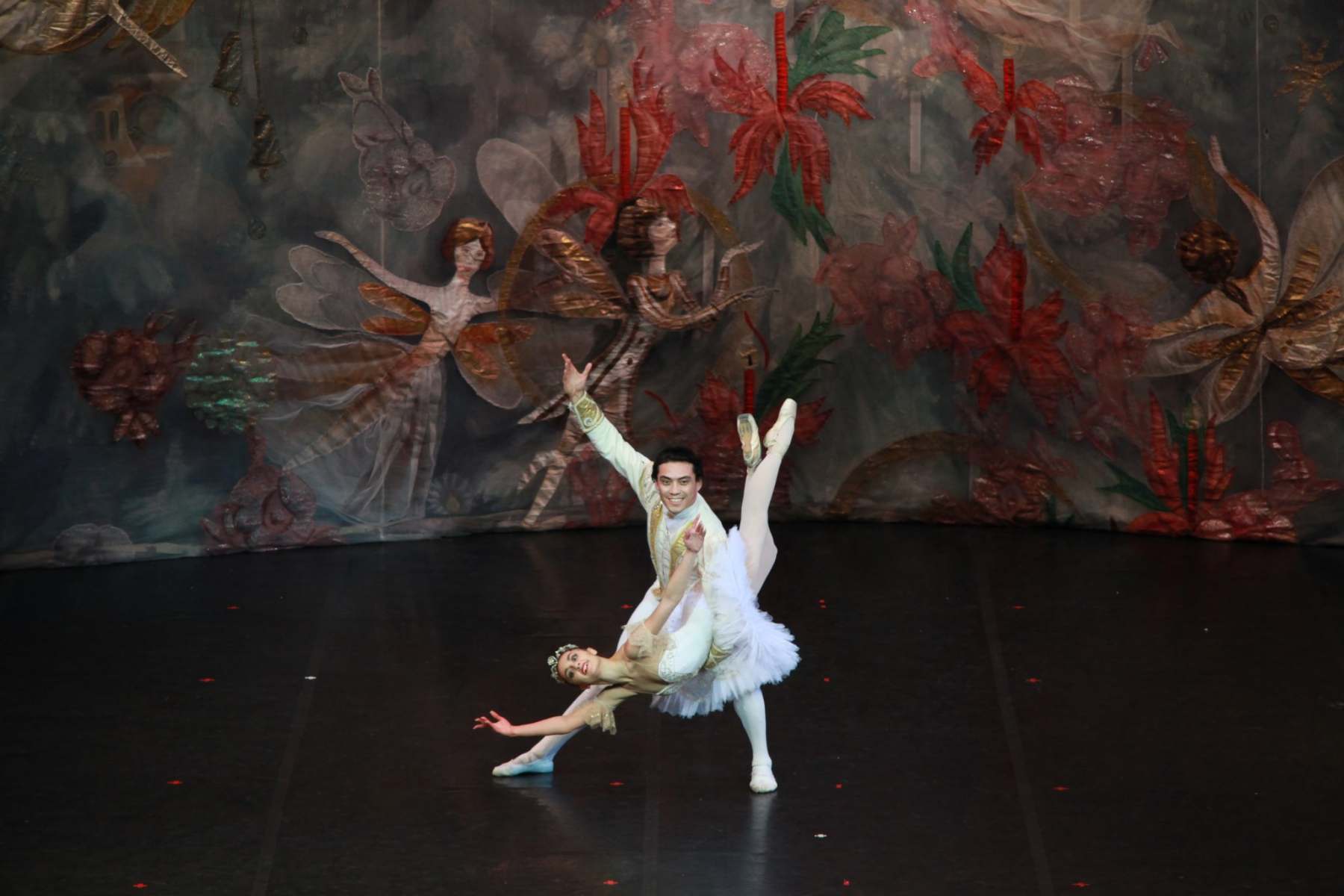 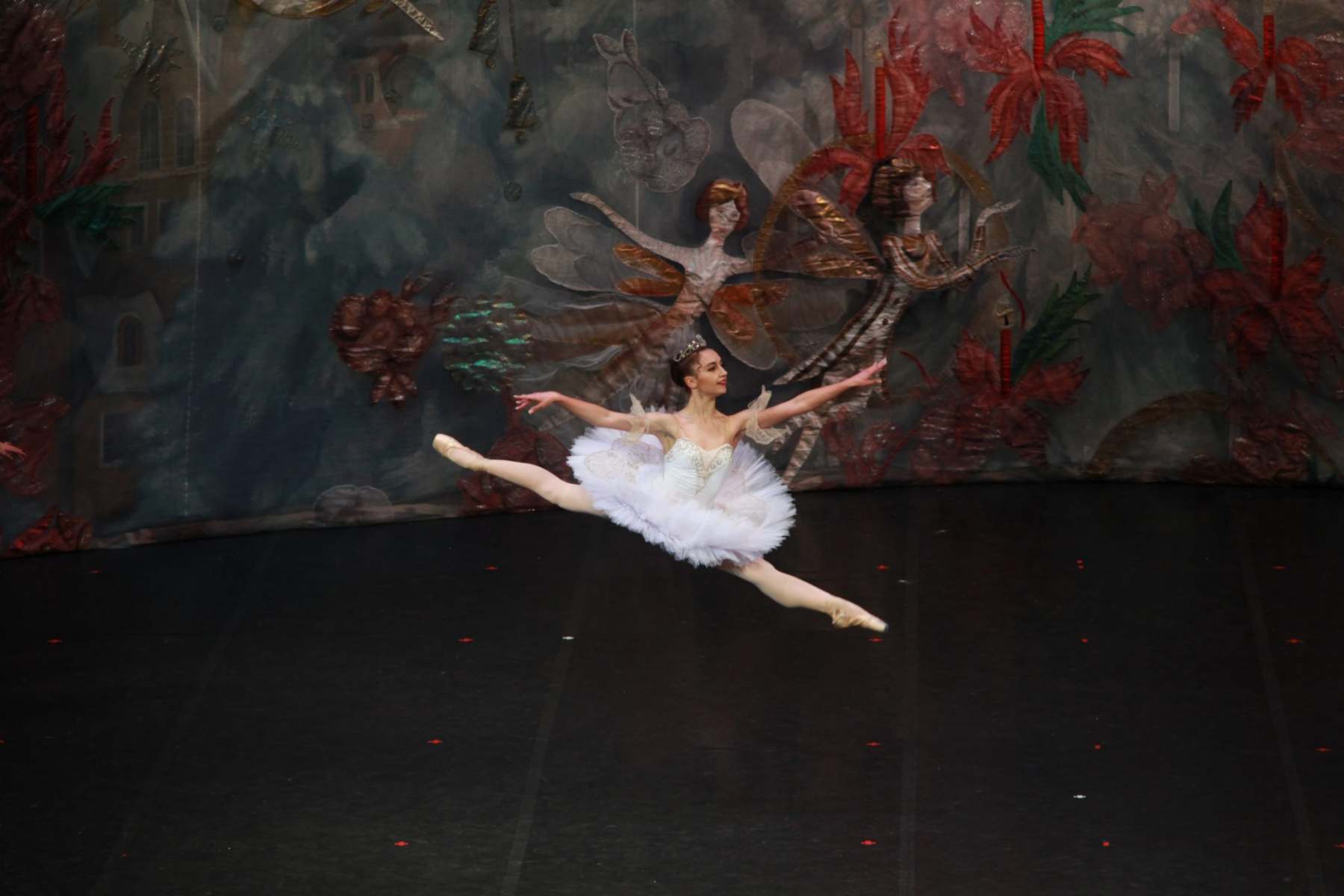 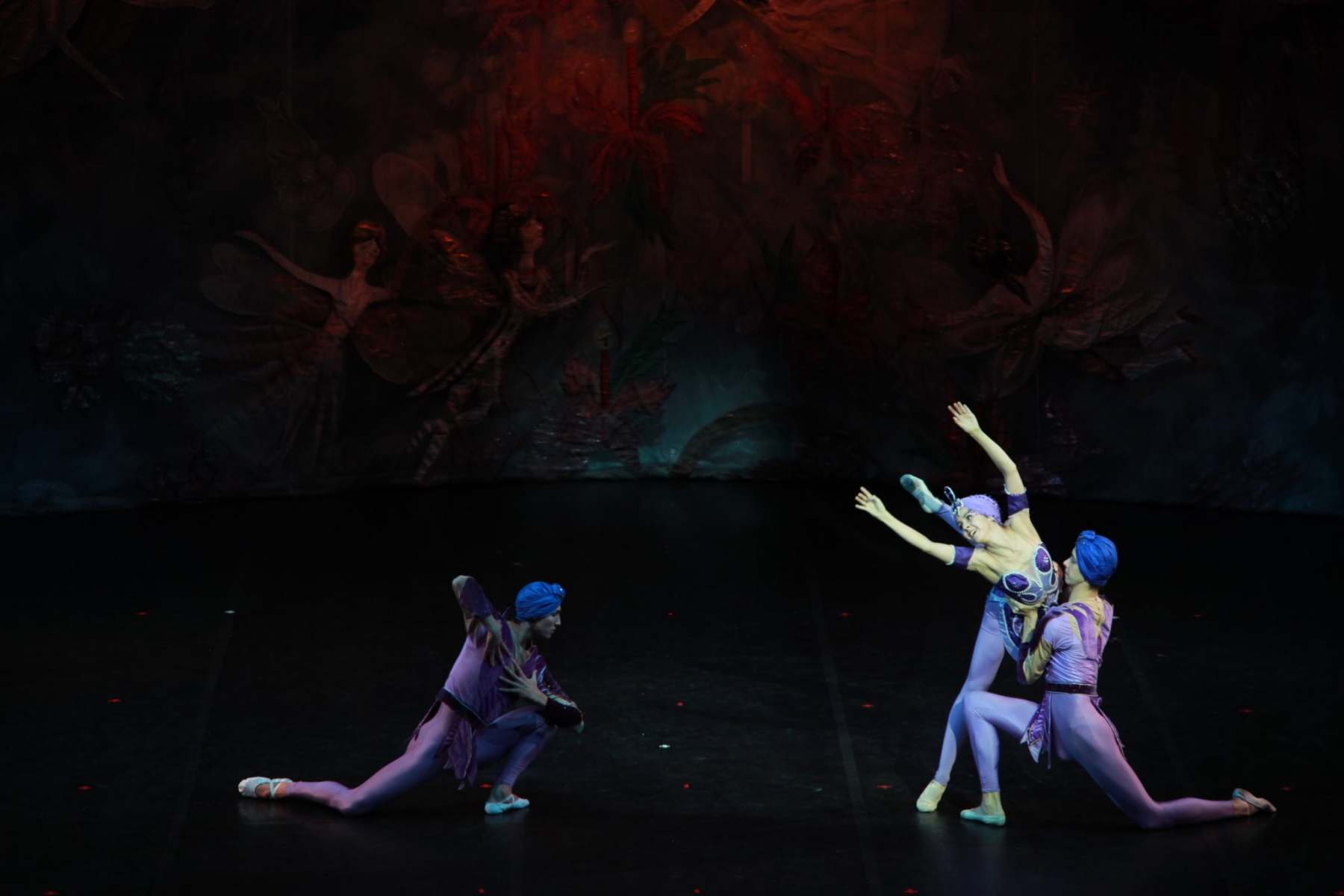